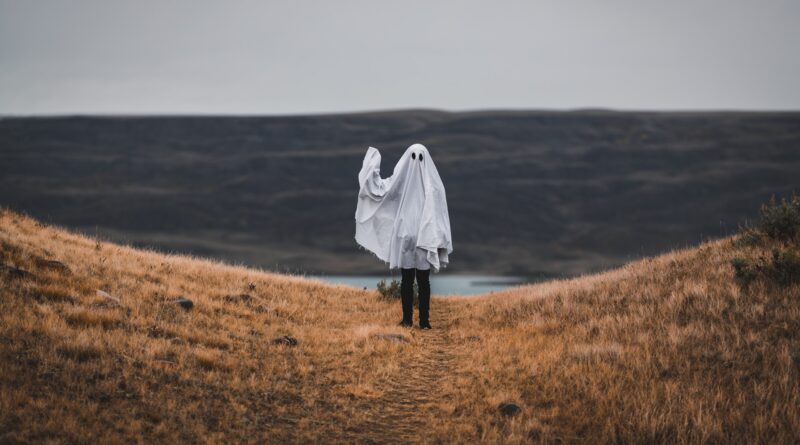 The term “ghosting” goes back to the early 2000s and has since become a very popular and well-used term. Some might feel like a bit of an outsider, always hearing it used by others but never being fully sure what exactly it means. “He’s ghosting me,” you hear a poor crying girl confiding in her friend at a nearby table.

But what does it mean? What is that girl going through? Did the dude die and his ghost is now haunting her? That can be right, can it? In today’s blog, we’re going to take a closer look at this term ghosting: what it means, why people use it, and what to do if you encounter it yourself. While it can be a genuinely scary experience for those in the dating world, it’s actually nothing to worry about or tie yourself in knots over.

What is Ghosting? A Definition

In short, ghosting is the practice of suddenly and completely starting to ignore another person and any efforts they make to communicate. As far as the other person is concerned, you have disappeared — you have become a ghost.

The opposite of ghosting would be someone telling you directly that they don’t want to see you anymore, and quite possibly giving reasons for it. Have you ever been on a night out and one of your friends abruptly does the “Irish goodbye”? This is when a drunk friend suddenly autopilots their way away from your social event, finds transport and goes back home without a single word. Well, ghosting is a little bit like that, but it happens in the dating world.

Imagine that you’re a guy who has been texting with a girl for a few weeks. You’ve already met up a few times, gone on a few dates, and you’ve even taken her back to your apartment twice. You thought that things were going okay, but then one day you suddenly stop hearing from her. She’s blocked you out of her social media, stopped replying (or even receiving) your messages on WhatsApp and other apps, and when you call it goes straight to voicemail. 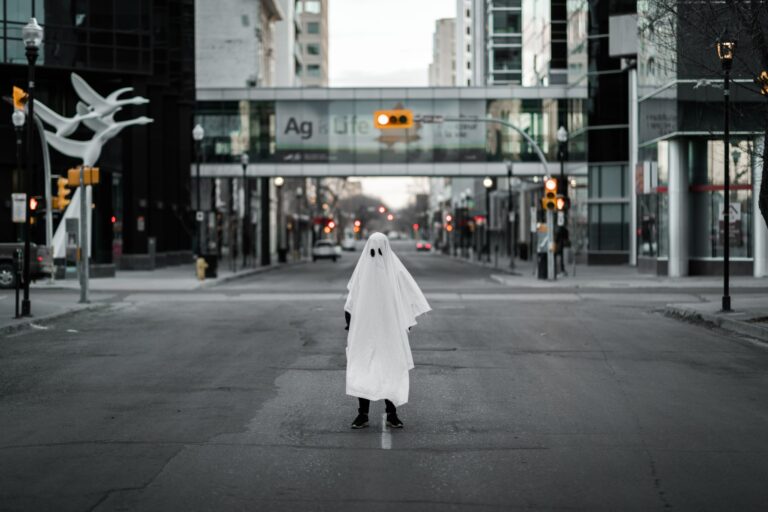 Why Do People Ghost Others?

Now that we’re clear on the definition of ghosting, let’s take a closer look as to why people do it. It’s a strange kind of behavior at first glance, but we can make a bit more rational sense of it if we open our minds a bit and try to understand the reasons people make the decision to ghost. We can’t say that understanding ghosting will make the experience of it any less frustrating, but it can at least offer some perspective.

The most likely explanation is simply that this person is no longer interested in you and they have now moved on. Whether or not they’re seeing others you can’t be sure of (see next point for more), but it’s possible that when the initial spark of attraction that first brought your online profiles or that initial sexual attraction you had when you were first together has just gone out.

Some people just crave the raw excitement of early attraction and it’s about as far as they can get in any connection with other people. The other more unfortunate side could well be that they got to know you more and then decided that you weren’t the one for them after all. It’s pretty upsetting to lose someone’s affections like that, for any reason, but we have to acknowledge that it can happen.

They’ve Met Someone Else

There is always a possibility that someone ghosting you has done so because they have met someone else who has piqued their interest and now they want to focus their attention on that person. It could well be that this new person ends up being in your position before long, but there’s nothing you can do about that.

There are some people who just cannot face others and communicate with them directly, no matter how important the information. Their preferred recourse is simply to cut off the other person without any notice or other contact. We won’t say that this is a “normal” or even “common” trait in people, but it does exist.

If our personality is averse to confrontation, then we might take advantage of the features that our personal technology has given to us. Namely, we’ll use blocking, masking, screening and call diversion to stop someone from being able to reach us. It sends a powerful message of its own sort, when you do that, and all without a word being spoken. That’s very useful for certain personality types.

They Lost Their Nerve

Speaking of personality types, there’s a possibility that the person ghosting you is just “freaking out” as your relationship progresses. Some people are afraid of commitment, or advancing beyond certain points in romantic relationships. This could trigger a ghosting impulse in them. We’re not saying it’s healthy, but it’s possible. Maybe things were moving too fast, or they are starting to feel uncomfortable getting too close or allowing someone in too close.

Perhaps there’s a legitimate reason for someone to be ghosting you. Perhaps the ghosting you think you’re experiencing is actually a “phantom ghosting” where you think you’re being ignored but actually the other person is just genuinely busy with work, or handling a personal or family crisis. You can’t always judge the situation so easily. Sometimes, the explanation is far more innocent than you suppose. 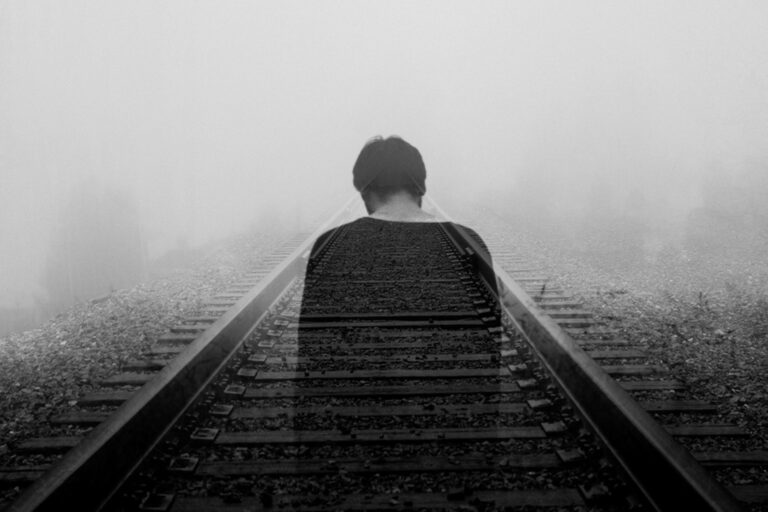 What Should You Do If Someone Ghosts You

So, if you encounter this behavior, what should you do about it? Well, the first thing people tend to do is call, text and message the other person as much as possible to try and get a response. They may try and stalk them on Facebook, dating sites or other social media, even going so far as to pretend to be a completely different person in order to connect with that person again and try to find out why they ghosted in the first place.

First of all, don’t do any of these things, here are some better ideas of steps you can take:

If you have enough reason or evidence to believe that you have been genuinely ghosted by someone, then the absolute best thing you can do is learn to let those people go. First of all, someone who would ghost another person: is that the kind of person you’d like to be with? Second, if they are willing to ghost you at any point, then it’s possible they were willing to do worse at other points in the relationship.

There’s no need to seek vengeance or justice over a ghosting. Those who have gotten over it will often tell you that the best thing they did was just pity the other person and try to let go. It was clearly never meant to be.

Try to be Positive About It

Following on from the previous point, it’s important to see the act of ghosting as a positive or even lucky occurrence. The phrase “dodging a bullet” comes to mind for some people. What do you suppose things would be like if you somehow did manage to convince someone who ghosted you to come back into your life? Wouldn’t it just be awkward? Isn’t the damage already done at that point.

As with any kind of mistake in life, it works best if you view it as a learning experience. Reflect on any warning signs and try to grow from the experience as you move forward with your life.

Whatever you do, don’t fly into a rage and start posting negative content about that person online. Remember that there’s always a chance the ghosting was innocent. Alternatively, it should be taken as a sign that the relationship was never right. In both cases, angry negativity will contribute nothing to the situation. You’ll only regret it at some point, looking back on past memories and cringing that you could be so vitriolic about someone. Keep calm and carry on.

The thing is, there’s essentially nothing you can do to stop anyone from ghosting you. It could happen to any of us at any time. That’s just the way it is. We don’t have to like the practice of ghosting, but it does seem as though we’ll have to put up with its potential presence in our dating lives. If you follow the 3 key steps that we mentioned in the previous section, you’ll get over it and the other person will be free to continue being single and alone in their ghosty world.

If you do get ghosted, or are a person who has ghosted others, perhaps it could make you reflect a little bit on our modern lives so governed by technology. Isn’t that the real reason people ghost? Simply because they can, and perhaps because they feel it’s the only way to ensure both parties can just move on.

Perhaps in this we find some value in ghosting. It’s like ripping off a band-aid and creating a genuinely clean break between two parties. A regular breakup might sound like the healthier and more “normal” way to do things, but it leaves lingering feelings, open channels of communication which get exploited after alcohol, social media pictures emerging in timelines on a daily basis. Do we really want that? Perhaps ghosting is a mercy. At any rate, how we respond to it is still key. 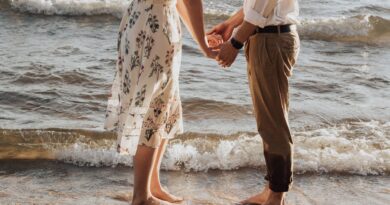 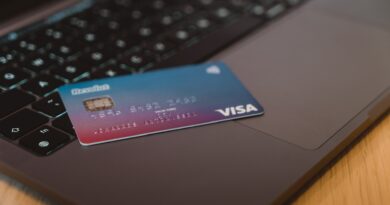 Should I Pay For Dating Sites or Apps? 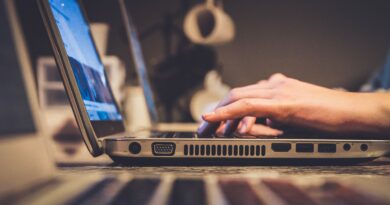